Response to Stop the Hate 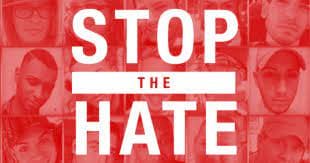 In response to your post, let me take a few moments to give you some insight into the character of a Border Patrol Agent and the consistently thankless job they perform.

I truly appreciate taking a stand for what one believes in. Border Patrol Agents devote much of their lives to something they believe in. They sacrifice more than most will ever know, while America is asleep, stopping dangerous things and dangerous people from crossing the sovereign borders of the United States. I assure you, the federal government pay does not match the sacrifice. This sacrifice does not stop at the agent, it extends to the family.

I will agree that many migrants are only trying to make a better life for themselves and their families, and I might do the same if in their shoes. However, if I chose to do so, I would realize that I was breaking the law and if caught, I would be prepared to face the consequences. I do not believe I would endanger my immediate family in making my journey; I am guessing I would leave them at home.

It should be noted that many entering the United States are not trying to better themselves. They use the border as sanctuary to dodge legal authorities on both sides of the border. These are dangerous individuals to include; murderers, rapists, narcotics’ smugglers, etc. that prey upon the migrants from their own country.

The illegal economic migrant should understand that when he or she chooses to make an illegal entry, they are indeed breaking the law, and are placing themselves in the direct flow of these “criminals-in-the-mix.” They also place themselves at odds with the United States legal system and the enforcement branch of Customs and Border Protection, the U.S. Border Patrol.

The illegal economic migrant makes an alliance with criminals to further his or her illegal entry and actively avoids the Border Patrol unless things go wrong. When they are in trouble, because they recognize who the good guys really are, they actively seek Border Patrol agents for assistance.

In reference to the environment, you should take a look at the before and after pictures of some of the historically high border traffic areas. In areas where traffic was reduced using agents, technology and, yes, a fence, ecosystems have been restored. Ecosystems do continue to be destroyed, not by a fence, but by the footprints of illegal migrants treading on them and the trash they leave behind.

Concerning compassion, I can not count the number of times I have handed my sack lunch to the family in the back of my sedan, knowing I would not have access to food for many hours. I did this because I knew that no matter how hungry I was, they were hungrier. I have seen the pre-cursor to the John Doe sites, actual bodies in the desert and I would not wish that fate upon my worst enemy. There is not a single Border Patrol Agent that believes the penalty for illegally entering the United States should be corporal in nature.

Although I applaud your initiative and overwhelming commitment, I think it is slightly misdirected. In today’s environment, symbolism aside, we must be able to identify every single person entering the United States and their purpose for doing so. Have no doubt, there are people who wish to harm U.S. citizens and drastically alter our American way of life.

Instead of focusing efforts on eliminating the fence, which by the way is only a small portion of the overall strategy to secure our borders, I would encourage you to contact your congressmen/women to support and encourage immigration reform.

There must be a more proficient and effective manner to apply for and receive documentation to work in the United States legally. I stress legally, because once you have chosen to bypass our laws and illegally enter the U.S., you SHOULD NOT BE GRANTED AMNESTY. The new reform should only include verifiable, law-abiding persons in need of and eligible for productive employment in the United States. With the aging baby-boomer generation we will need more workers than we are currently producing within the confines of the United States.

As far as the actual “No Border Camp” event, I know of no other agency that can dispatch that number of officers to such a volatile, uncertain, complex, and ambiguous environment and resolve it in such a methodical and efficient manner. The on-scene agents could not have predicted that day’s events. To the untrained eye, the video is compelling, but potential riot situations are anything but predictable. When the protestor made physical contact with the agent, he crossed the line. The situation escalated and then immediately de-escalated; not a small feat in such a situation.

There seems to be no doubt in my mind that the “No Borders Campers” have their heart in the right place. I only question the agenda and tactics.